The Furtado-Gallagher Computerized Observational Movement Pattern Assessment System (FG-COMPASS) is a process-oriented assessment tool designed to assess fundamental movement skill (FMS) competency in children ages 5-10. Validity and reliability evidence have been collected for the FG-COMPASS (Furtado & Gallagher, 2012; Furtado, 2004; Furtado & Gallagher, 2017; Woolever, Furtado, et al., 2017). The aim of this study was to translate and assess rater-expert agreement of the Brazilian Portuguese version of the FG-COMPASS. Prior to data collection, the English version of the test’s protocol was translated to Portuguese by two Brazilian native speaker experts in Motor Behavior who are proficient in English. Then, two other experts in Motor Behavior translated the protocol’s Portuguese version back to English. Finally, the PI and the experts who translated the protocol to Portuguese met to discuss any potential discrepancies and a final version of the Portuguese version of the protocol was crafted. Data collection took place at two Brazilian higher education institutions located in the southern of Brazil. Twenty-eight undergraduate students underwent training prior data collection. Participants used the final version of the translated protocol to classify 96 pre-recorded video clips which depicted children performing eight FMS. The video clips had previously been classified by an expert in Motor Behavior who has extensive knowledge of the testing protocol. The results indicate a “very good” (Altman, 1991) agreement between raters and the expert with weighted kappa ranging between .82 to .86 (M = .84) for the locomotor subtest and between .84 to .93 (M = .88) for the manipulative subtest. Further studies are needed to establish inter/intra-rater reliability and criterion validity for the Brazilian version of the FG-COMPASS. 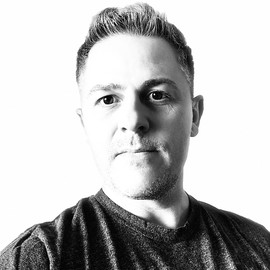